The Minister of Finance Hon. Bwalya Ng’andu on the 27th of March, 2020 updated the nation on the impact of the Coronavirus (COVID-19) on the Zambian Economy. The latest update from the World Health Organization indicated that over 470,000 confirmed cases had been recorded around the world with more than 20,000 deaths. In Zambia, 29 cases have been confirmed as positive as at 29th March 2020.

IMPACT ON THE GLOBAL ECONOMY

The Coronavirus pandemic poses the following impact on the global economy;

IMPACT OF COVID-19 ON THE ZAMBIAN ECONOMY

MEASURES TAKEN TO MITIGATE THE IMPACT OF COVID-19

Government has taken the following measures:

Government will release K2.5 billion to:

Government through the Bank of Zambia has taken measures to encourage the use of digital financial services. These are:

Government will issue an SI for Classification and Provisioning of Loans Directives to encourage financial service providers to provide relief to the private sector and facilitate long term lending to productive sectors of the economy.

Government has put in place measures to enable:

The commitment of the current Government in promoting gender equity in its National Development Agenda is evident from the concrete steps taken by the leadership in ensuring ‘no one is left behind’  and expresses the conviction that boys and girls, men and women should benefit equally from development in Zambia. This has been demonstrated to a large extent by Government’s strong will and commitment to empowering women and the youth into high positions of responsibility in the public sector and the support provided to those in the private sector. It believes women are key stakeholders in decision making. They play a huge role in providing unique perspectives into various issues that not only impact their socio-economic spheres at individual level, but also at community and national development level. Women’s participation in the overall development agenda is not only a fundamental human right but it is also a marker of good governance. In spite all of this, gender power dynamics still shape many parts of society. Globally, women continue to be under-represented in formulation of national policies as well as in the political and economic decision-making spheres. Women’s participation in policy formulation is critical to achieving greater equality and giving women a voice in national issues.

Participation refers to the extent to which one’s voice is heard, respected and applied in decision-making, planning, implementation and monitoring of actions. Undermining women’s voices could lower levels of participation in policy formulation even further. There are several factors that converge to impede women’s participation in policy formulation. These factors can be intersectional in nature and recognizing how they influence each other is vital in addressing participation levels. These impediments could include but are not limited to: education levels of women, physical ability, age, culture, religion, location (i.e. rural/urban, high density/suburb), socio-economic class, among many others. Hence, it is important to take into consideration the factors that impede women’s participation during the policy formulation process in order to make the process more gender-inclusive and responsive.

Several regional and international instruments have been drawn to support women’s participation at various levels of decision making. These frameworks have been crucial in improving the status of women globally as well as in mainstreaming a rights-based approach in governance and policy discourse. Zambia is signatory to and has ratified conventions and frameworks that include; The Convention on the Elimination of all Forms of Discrimination Against Women (CEDAW), The Beijing Platform for Action, The Sustainable Development Goals, The Universal Declaration of Human Rights, The United Nation’s Framework Convention for Climate Change, The International Covenant on Civil and Political Rights, The International Conference on Population and Development, The Protocol on the Rights of Women in Africa, The SADC Gender Protocol among others.

Achieving gender equality across all sectors is a goal that Zambia aspires to. Over the years, some progress has been made in creating an inclusive labor force with policies such as Affirmative Action and the Labor Act that prevent the discrimination of women in accessing various fields of employment. More and more women have risen to top positions in their fields as well as in what were previously considered male-dominated work-spaces. However, women still face various challenges that prevent them from accelerating as fast as their male counterparts and in some cases having to put in more effort in order to gain recognition in some fields. The ‘glass-ceiling’ has continued to be a reality for many women. In Zambia, the Judiciary has taken progressive steps in appointing more women at top ranks. However, progress in the Public Service and Parliament has been relatively slow with men holding most of the top positions. For instance, in 2015 a female Chief Justice was appointed at the highest level of the judicial hierarchy. In addition, the number of women appointed as Judges is relatively proportional to that of men and has been increasing over the years. As of 2018, the gendered representation of the Judiciary was recorded as; Chief Justice 1 female with no male; judges 31 males and 32 females; magistrates 201 male while 105 were female. This represents a healthy gender-balance in the judicial system. However, there are more men appointed as magistrates than women which poses a challenge for achieving greater representation and equality at that level.  On the other hand, Parliament and the Public Service seem to be lagging behind in achieving greater equality as key players in policy formulation. The representation of members of Parliament by gender stands at; Men hold 81.9% of the seats in Parliament while women hold the remaining 18.1%. Similarly, in the Public Service, women holding various top positions stands at; Permanent Secretaries 13 out of 56 positions; Deputy Permanent Secretaries 2 out of 12; Directors 103 out of 344 and Head of Departments 722 out of 2319 positions. These statistics highlight the need for radical reform to increase the number of seats women hold in Parliament as well as at various decision-making positions in the Public Service.

It is vital to note that women can and do play an important role in policy formulation. These include: giving unique insight and experiences that could shape policy in a more holistic approach, highlighting the need to recognize social diversity in various policy issues brought to the fore, assist in advancing principals of equity, equality and social justice that shape policy, draw attention to women-specific issues that may be overlooked by other parties. There are several ways women can be empowered to participate in the policy formulation process. Generally, women tend to feel more confident when they are in large numbers. Converging with other women that share similar interests may not only boost their confidence but it could also positively influence other women to participate in policy formulation. Some enablers of women’s participation include: (i). Providing safe spaces to consult, share knowledge and experiences with other women and increase their social power, (ii). Increasing civic education, technical knowledge and skills of women as well as their general education, (iii). Improving access to information on political issues in order to boost the confidence needed to articulate and challenge policy discourse as well as actively participate (iv). Improve media outreach and influence to change perceptions on what roles women must play in the policy landscape (v). Strengthening partnerships with men as agents of change and dismantling gender stereotypes could influence change in how both genders perceive the participation of women. Non Governmental Organisations (NGOs) and Civil Society Organisations (CSOs) are ideal strategic partners that aim at giving women a voice and often offer solidarity and a platform for women to express their needs and concerns on important national and personal issues affecting them.

END_OF_DOCUMENT_TOKEN_TO_BE_REPLACED 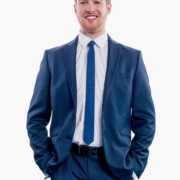 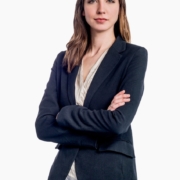