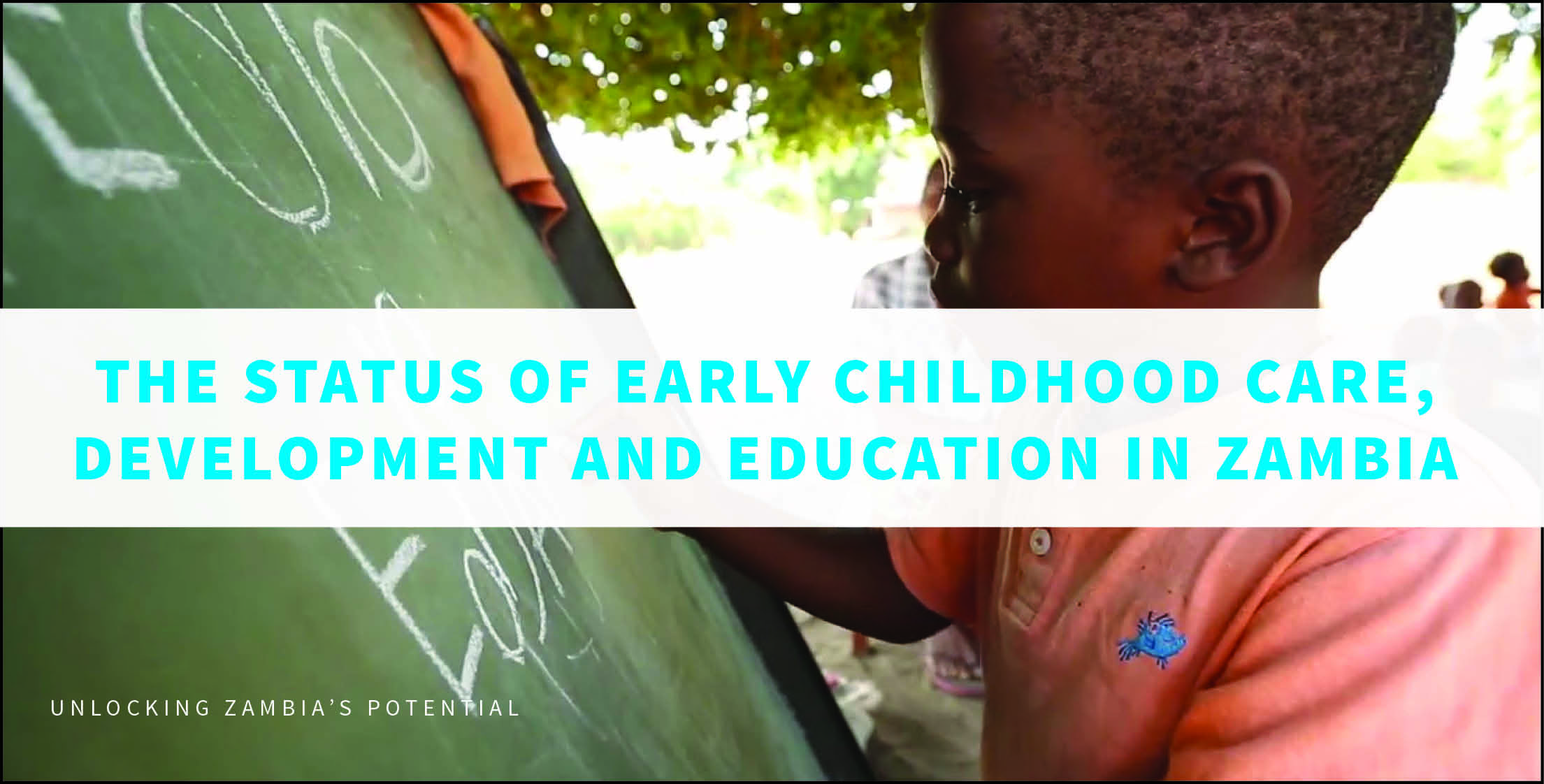 Early Childhood Education is one of the major factors that determine school performance and progress at a later stage in life. Research has shown that children who have participated in early childhood education and related programs generally remain in school and are unlikely to repeat classes and also, their performance is much better compared to those who have never attended pre- primary programs. Early childhood education is also believed to contribute towards low fertility rates as the incidence of childbearing for girls aged 10-18 is much less among those who attended pre-primary programs as children, compared to girls of the same age who had not attended pre- primary programs1.

The concept of Early Childhood Care, Development and Education (ECCDE) is not relatively new in Zambia, the colonial government came up with the Day Nurseries Act of 1957 which was the first sign of policy direction. Since inception in 1957 till 2014, early childhood education was left in the hands of private institutions, churches, non-governmental organizations and a few government welfare centres which were mainly located in urban and low density areas. ECCDE is a term that is used interchangeably worldwide but still refers to the same concept of early childhood education and cognitive development.

PMRC Policy Analysis Higher Education Act No. 4 of 2013
The Spread of Tsetse Flies and Its Effects on the Agricultural Sector